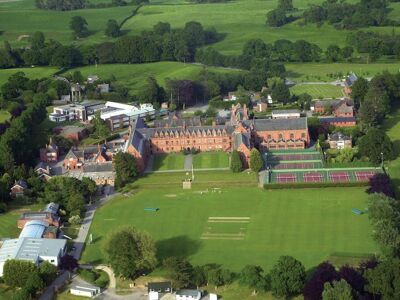 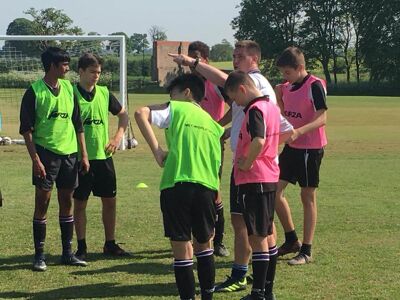 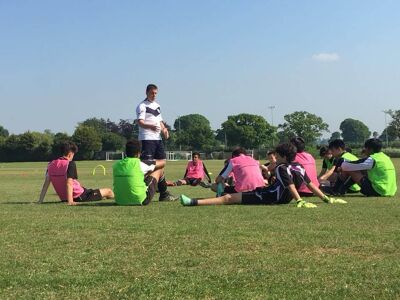 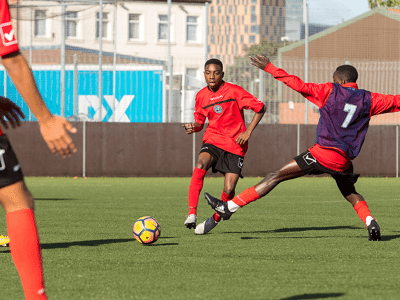 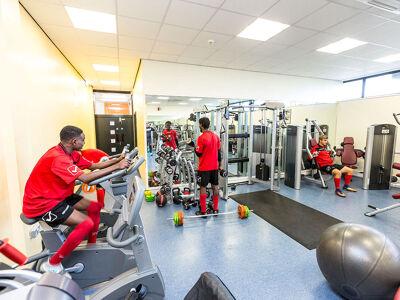 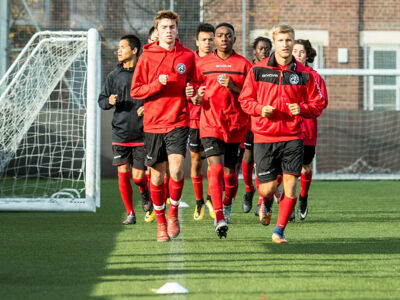 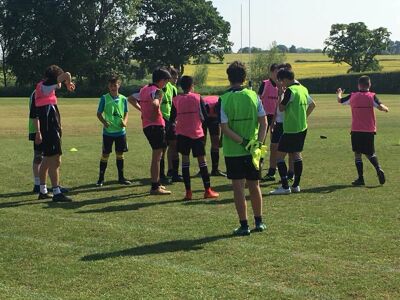 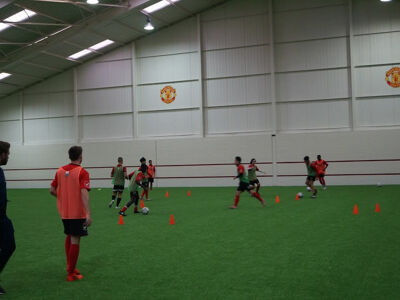 EduKick Junior Football Academy students immerse into regular school life living on-site in the residence dorms and attending classes on a daily basis following the UK National Curriculum or the International Baccalaureate. The school academic timetable is carefully constructed to allow our participants to balance football training and academic excellence.

We offer students with limited English an intensive one year English Language Programme, which leads to GCSE or IGCSE in English, Mathematics, Science, Geography, and Economics.

Students study a maximum of 10 subjects at GCSE Level, spread over two years. English, Mathematics and Science are compulsory.

A-Levels have been the basis of assessment for University entrance in the UK. AS-Levels are undertaken in Year 12 and A2 in Year 13. Students normally choose to study between four subjects at ASLevel and three subjects at A2.

The IB course is also another way into British universities and is also helpful if students are hoping to study overseas. It offers a broader program of study than A-Levels. Students will take six subjects - three at a standard level and three at a higher level.

Our modern accommodation provides a high quality, comfortable, and secure environment for our students, with residential staff on-site to tend to the students' needs 24 hours a day.

There are a variety of rooms within the boarding house at the football academy, the majority of which are single and twin, with en-suite options. Wi-Fi internet connection is available throughout the school. Our students also have access to a common room and TV lounge

Within this rich mix of people, students come to see themselves as global citizens who enjoy getting to understand different cultures. Living together at the college, they engage with each other's language, food and traditions as part of their daily life. Events and projects that involve friendly competition between the Houses build bonds across the school years.

The College provides hot meals at breakfast, lunch, and dinner, for all students, ensuring that they benefit from a nutritious and healthy diet every day, including weekends. Our large dining area is the social hub of the school and we make it our duty to ensure a variety of foods are served. In addition there are catering facilities within each boarding house.

About the soccer academy

EduKick soccer academy has an excellent track record of developing and improving football soccer players and is one of the earliest independent academies catering for International students set up in the UK originating in 2005. Soccer students in addition to regular school services (boarding & academics) will receive:

·       Pathways to football-related professions via the higher education

NOT INCLUDED IN COURSE FEES:

1.           Competitive Friendly matches (sixth form 16+ only) – On a regular basis the EduKick England representative squad will play matches against professional and semi-professional club youth soccer academy or development squads or against local North West College teams whose coaches are also scouts for professional and semi-professional clubs. These matches provide a regular opportunity for participants to showcase their talents directly and indirectly to clubs. Follow up matches are often organized later in the season so the clubs and College scouts can measure the progress of our participants during the real game and football training sessions. These fixtures also allow the players the opportunity to put into practice the work they have done in soccer training sessions and are followed up with squad meetings to review performance and progression.

·       Lower School (11 – 13) participants are not physically developed enough to participate in these matches. If participation numbers allow matches against pro club or semi-pro club  soccer academy teams will be arranged

·       Middle School (13 – 16) some participants may be physically developed enough to participate in these matches the EduKick England coaching staff may invite a middle school scholar to participate in a match should they feel it appropriate . If participation numbers allow matches against pro club or semi pro club age appropriate academy teams will be arranged

3.           Open trials – All EduKick Football﻿ Academy students are entered into open trial events twice per academic year that take place in the North West. We have carefully selected and partnered with a well-respected and ethically minded UK national scouting/ football trials organization to give our participants the maximum opportunity to expose their talents in front of the invited professional & semi-professional club scouts & coaches. In the weeks leading up to the open trial event, our participants will be visited by one of the national scouting/trials organization coaches who will deliver a guest coaching session and ensure all our participants are ready and prepared for the trial. The coaching staff is all highly qualified and the head coach in attendance at the open trial event will hold a UEFA Pro license which is the highest level soccer training qualification in the world so the coaching and feedback each participant receives is of the highest caliber. During the following weeks after the event, EduKick England will be contacted by the national scouting/trials organization to arrange individual follow up trials for selected participants.

The program starts September 06, 2020 - and ends June 05, 2021 (with short breaks between Terms)
(Note: The campus and program is closed between each term so students are required to make alternative arrangements most returning home for a break. During the half terms while the campus  is closed for academic study/classes there is a half-term guardianship package available that provides accommodation and welfare for an extra fee)
Tuition Fee: £ 35,513 (GBP) per year/program
Deposit - 9000 GBP
Note: Tuition paid in THREE (3) installments per TERM (3 Terms total) = roughly £ 11,770.00 per term
Registration fee - 200 USD (non-refundable)
Dates
0
Extras
Application fee (compulsory)
200 $
Videos
Sebastian Cody (USA) on his experience at the EduKick football academy Oscar Barry (UK) reflects on his time at the soccer academy Kasper Graff (Germany) reviews his football academy experience